Secrets of a long life 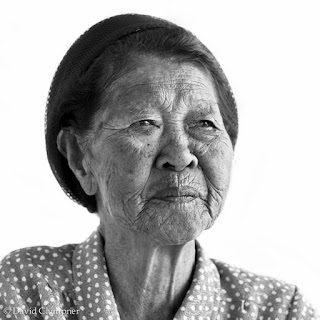 A hundred years ago, not many people lived into their seventies. Today, it is fairly common to do so in developed countries. But on the Japanese island of Okinawa, people live longer than anywhere else in the world, with an average life expectancy of 81.2 years. Many people on Okinawa live to be over 100 years old - the highest ratio of centenarians per head of population in the world. And they don't just live longer, they live better.

So what's the Okinawan secret? So far all the findings indicate that lifestyle, not genetic factors, is largely responsible.

Okinawans eat a traditional diet of soya, fruit, and vegetables. They consume a lot of fish, such as tuna, mackerel, and salmon, which are rich in omega-3 fatty acids, and help reduce the risk of heart disease and breast cancer. They don't eat a lot of red meat, and their diet is low in fats. Many elderly Okinawans also live by the moto "Eat until you are 80% full", and this helps them to control portion sizes.

Elderly Okinawans enjoy walking, gardening, and T'ai Chi, and often work long after the usual age os retirement in Western countries. Interviews with elderly Okinawans reveal that they are optimistic, adaptable, and easy-going. They have strong religious beliefs, which give them comfort and support. They have a valued role in society and the family, and they are respected for their wisdom and experience of life.

Most of them belong to moai, groups of old classmates, colleagues, friends, or neighbours that meet several times a week to drink tea and chat. These networks provide emotional and financial support throughout their lives.

Unfortunately, younger Okinawans have abandoned these goods habits. They have followed a more Western diet and lifestyle, and these results have been devastating.

For Okinawans who move away from the island, the picture is similar. Around 100.000 Okinawans moved to Brazil and adopted the eating habits of their new home, including eating a lot of red meat.